CCHS Seniors share feelings on the impact of Covid-19

For these students, their emotions are high, but their feelings are extremely low.
With anger, despair, pain, heartbreak and more they face being distanced from their classmates. Classmates that are not only people they go to school with but friends. Friends and best friends that have become like one great family.
“Our class has grown so close over the years, and I’m so proud of all the things we have accomplished,” said CCHS 2020 Valedictorian Lillie McCarver. “The love and the support that my classmates have shown for each other and myself is so amazing.”
Despite all this, due to the Coronavirus that hit toward the beginning of their last semester, they were unable to play the sports they live and breathe, see the teachers that impact them daily and make more memories and laughs with each other for one last semester.
“It definitely hurts to not be able to finish this last semester,” CCHS Salutatorian Claire Maxon said. “It’s hard to believe that I’m not going to get the chance to walk the halls as a student anymore. I really wish we could’ve had these last couple of weeks and memories as every other graduating class does, but it’s understandable to why we are not.”
The senior spring athletes were devastated more than the other students since they could not resume/ start their seasons. Baseball player Colton Huntt told how deep the impact is on him personally.
“This whole situation is crazy. Most importantly to me what hurts the most is not being able to play my senior season of baseball,” he said. “It is, and never was, about me or the amount of games that we won each season, but it was more about the bond, friendships and brothers that I met along the way. It hurts worse to know that never again will I be able to lace up in royal blue and white with my fellow seniors who I’ve been playing on the same field with since seventh grade. (Zach Armour, Jacob Collins, and Tyler Meek).”
He expressed how thankful he is for how his coaches changed him and his high school years for the better.
“Thank you to Coach Goff and Coach Coleraine, they have had such an impact on not only my performance on the field, but off as well. For that I will forever be grateful! Never will I, nor anyone else, meet such caring individuals that would bend over backwards for you no matter the time or situation, somehow, I was lucky enough to call these two coach, for four years. Even though they technically are no longer my coaches, they will always be referred to and known as Coach Goff and Coach Coleraine.”
Senior softball player Kaylie Mckinley looks to scripture in the midst of it all as she and other students have faith that it’s all a part of God’s plan.
“I’m totally heartbroken about not being able to finish senior year or my senior season of softball. I have to trust that God has a plan,” she said, and quoted Jeremiah 29:11.
“‘For I know the plans I have for you,’ declares the LORD, ‘plans to prosper you and not to harm you, plans to give you hope and a future.’”
Senior cross country/ track runner Evan Allen elaborated on what could be God’s plan.
“I feel like this time has been a blessing in disguise for most people who say they never have enough time. Even though my track season is canceled, that helps me to train for bigger and better things coming up,” he said.
Though it’s ending without being able to participate in the highlight events at the end of the academic year, Maxon said she still had an awesome senior year.
“Although it may have not ended the way I wanted, I can personally say that my senior year was amazing. So many of the things I had dreamt about for many years happened; such as going to state in soccer and being named the salutatorian. Even things that I didn’t expect to happen did and were unforgettable; like being named homecoming queen,” she said.
She expressed her gratitude toward her classmates and the time she had with them.
“I can say, without a doubt, that the people in my class are some of the very best people I know. They are people that I have counted on for many years, and I know I can count on them for many years to come,” she said. “I cannot wait to see them succeed in their futures, no matter what they decide to do. I want to say thank you to the wonderful Class of 2020. Thank you so very much for making these past four years so unforgettable, fun and, nevertheless, absolutely amazing.” 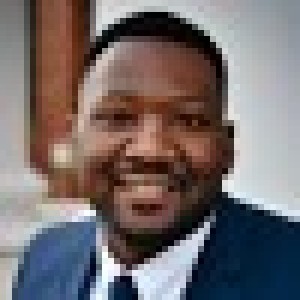